Experience the artistic vibes of local artists of color.

The Frame & Print Shop is honored to present an exhibition showcasing five talented local artists of color. ARTSPEAKS takes us on a journey in which we will feel the Artistic Vibes of five local artists of color. Through their art the artists express feelings of resilience through life experiences, beauty and inclusiveness and hopefulness for the future.

Spoken Word and Music by I Am Soteria

Beverages from Top of the Hill raffles and more!

We hope you will join us! 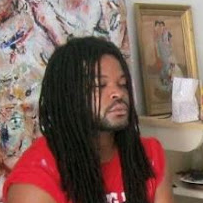 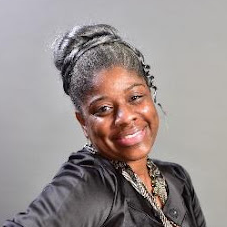 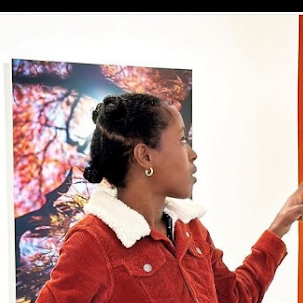 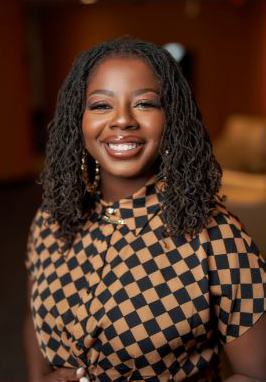 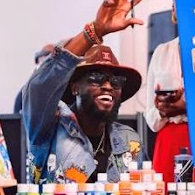 Artist Onicas Gaddis is an American visionary painter, and calls his style Spiritual Expressionism, which describes his work in general terms, but merely touches at describing the depth and breadth of where his paintings come from.

Onicas has been painting for over twenty years, having had the privilege to study under master abstract expressionist painter Sarah Carlisle Towery, namesake of the Alabama Art Colony. He discovered his talents at drawing after an artist visited one of many group homes he had lived in as a child. He knew he had found a purpose for living here in a world that was most often not a very kind nor happy place for him. Art literally saved his life.

From his early work drawing portraits, he moved to painting. While living in Florida, he was inspired to tap into his Florida Highwayman heritage (his uncle was one of the original traveling landscape artists of the 1950s). But it was the time spent at the Alabama Art Colony that truly taught Onicas how to put the paint to the canvas, give up on any idea of a finished piece, and simply allow the spirit of the painting to flow through him.

Gaddis works on canvas, paper, and wood, using primarily acrylics. His brilliantly-colored abstracts are characterized by somewhat haunting images of faces and figures, restless, gestural lines and layers plus semi-hidden landscapes, perhaps a synthesis of his explorations with portraiture, landscape, and abstract studies. When looking at any of his paintings overtime, the viewer will discover forms and figures that seem to remain in an ever-changing process of moving and settling and coming into definition.

His work has been displayed and sold in galleries throughout the southeastern United States, including a 2020 piece recently added to the permanent collection in the Black Mountain College Museum and Art Center in Asheville, NC. You can view and inquire about his work at: www.onicasart.com

Artist Charlene Keith is a self-taught artist from a very young age due to her love of the creative component and her ability to visually display what her mind imagined.   Keith does not classify her work in a specific genre; she simply creates with a purpose. Sometimes she uses colors to grab interest and other times color psychology is used to aid the viewer to connect with the emotion in her works. Keith has dedicated herself to public service and nonprofit organizations and was one of twenty-six artists selected for the Durham 360 program.

Photographer Gadisse Lee’s lifelong project is self-portraiture. Her inspiring photography is based on life experiences that she has had to overcome with the death of many family members at a very young age. She enjoys working with natural lighting which emits a dream-like quality in her photography. When it comes to using conceptual props, Lee is inspired by everything. Her feeling and imagination lead her to materials that will work best for the concept. Lee is a gifted young photographer who, throughout her life, has used art is a visual expression of how she has chosen to resolve unpredictable life experiences.

Soteria Shepperson, known as “I AM SOTERIA,” native of Richmond, Virginia. A first-generation college graduate and woman of color, Shepperson identifies as an Artivist (art + activist), a culture shifter and sustainer. Shepperson’s first passion, basketball, opened her world beyond Richmond, but health challenges ended this career path prematurely. Poetry became an outlet to redefining herself and connecting with civil rights, spiritual and thought leaders advancing values akin to her own. She uses poetry in her professional life, centering racial and social justice in private and public sectors. Shepperson created the INKounter program, an arts-based mentorship and enrichment program for justice-involved youth, evolved from the Our Lens, Our Voice project created by Emily Baxter (We Are All Criminals), Katie Murray (Orange County Arts Commission) and Cait Fenhagen (Criminal Justice Resource Department). She co-founded Grow Your World which serves youth through the Orange County Criminal Justice Resource Department and its Youth Deflection Program. Shepperson’s work centers on purpose, not on what one is able to do, but on who one was born to become. She challenges stereotypes, colorism, sexism, racism, and stigmas of criminality that she has witnessed as a child, inviting others to be the heroes we have all been waiting for.

In a world full of violence and discord, Artist Ty Smalls looks to spread positive energy and vibes throughout the world with his art. He wants his art to speak for him at times when he is not able to speak. The colors and subjects in his art recreate an image of hope and love that he hopes will spark others of all colors to feel and enjoy.

Thanks friends for coming out of our Opening Night